A different type of black belt

13 May A different type of black belt

Posted at 04:09h in Uncategorized by admin 0 Comments
0 Likes
Share

The Black Belt was a region located in the Southern United States. The term ‘Black Belt’ was initially used to define the prairies/ the productive black soils found in Central Alabama and Northeast of Mississippi. Another meaning of the term Black Belt was a region that had the vast majority of the African American population as a result of the institution of slavery in the southern states. Since these areas were prime for slave labor and the cultivation of mostly cotton, the two became synonymous in the region. The Black Belt was one of the wealthiest and most politically powerful regions in the United States, and its business elevated cities like Montgomery, Selma, and Demopolis into some of the most prosperous towns in the nation.

Later on, the term ‘Black Belt’ was used to apply to a much larger agricultural zone in the South that was mainly characterized by the long cotton history around the 19th Century. A significant number of African American populations also resided outside their metropolitan areas. After the American Civil War, the enslaved African Americans were freed; however, many continued to toil on these Southern lands as they made it home. The Alabama Black Belt was part of a national Black Belt that stretches from Texas to Virginia.

A map showing the Southern Black Belt region mostly covered with large cotton plantations and a significant population of the African American Community. Image retrieved from  https://www.blackfacts.com/fact/black-belt-u-s-region. The extraordinarily productive Black Belt soil existed as a result of the weathering of limestone bases in the Selma Chalk region (Considered as remnants of an antique ocean floor).

The first half of the 19th Century saw over 1 million African slaves transported and sold to the southern states, where they were forced to labor without any pay. After the end of the civil war and the emancipation declaration, most remained as sharecroppers, workers and tenant farmers while others migrated to the North in search of industrial labor. The large number of African Americans who migrated took the term Black Belt with them. Cities such as Chicago and others had neighborhoods that were referred to as the Black Belt. In Chi-Town, the Black Belt neighborhood was located between 12th and 79th streets and Wentworth and Cottage Grove avenues.

Because of the pro-slavery movements along the Black Belt, Alabama entered the Confederacy in 1861. After the defeat of the Southern state and Lincolns Emancipation, most African Americans were allowed into the State polls hence allowed to hold political positions in the state, local, and national governmental offices. Born enslaved, Benjamin Turner of Alabama became the first African American from Alabama to serve in Congress from 1871-1873. However, in the mid-1870’s, white rule and restoration of white supremacy rebirthed. Most political posts and properties were again dominated by whites in the Black Belt.

By the mid-20th Century, various factors led to the decline of the Black Belt region. The history of plantation culture left the region in a state of economic depression, underemployment, and poor social services. In addition, the urban migration to the North, and failure of the States below the Mason Dixie line to diversify their economies, also was a factory that led to its decline. The Jim Crow era was indeed a significant contributor to the inevitable decline of the region. America’s most prosperous and the most potent region was reduced to a weak and insolvent province by maintaining antiquated practices, intentionally oppressing the cultivators who provided its previous economic prowess. I’ve been fortunate to spend a great deal of time in the Black Belt region of Alabama over the past few years. After each trip,        I remain optimistic that the vision and works of those around the state to recapture the “glory days” will do so. With the descendants of the Black Belt’s architects benefiting this time around. 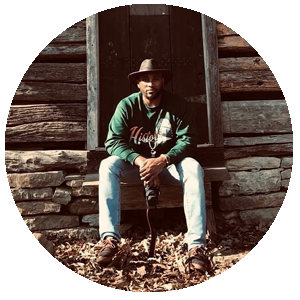